In 1993, Fergus was working with Jon Spiteri running their restaurant above the French House pub on Soho’s Dean Street, while Trevor and a friend had created the Fire Station at Waterloo. In early 1994, the success of the Fire Station led to an offer of the run down smokehouse building that was 26 St. John Street in Smithfield. Through the medium of the olive oil man, Trevor, Jon and Fergus met. Lunch (and dinner……) was taken and St. John Smithfield opened in October 1994. Jon’s and Fergus’ wives took over the French House, moving on to the Rochelle Canteen a few years later and Jon left after a while to do other things.

Today we have gently spread across various places and projects, no plan, no roll out, hopefully the same rigour and philosophy and we try to remember that it started with both purpose and simplicity, Fergus puts it on the plate and Trevor puts it in the glass. 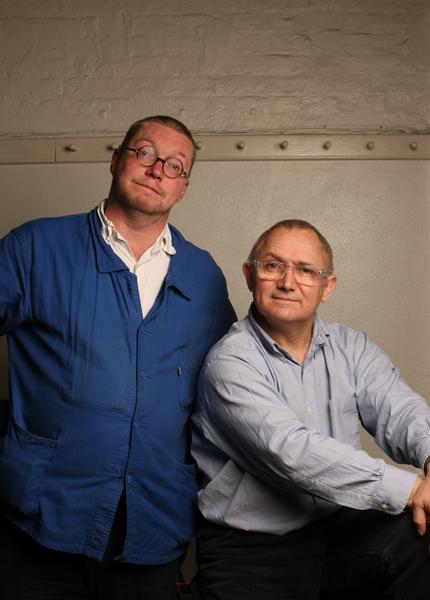