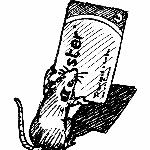 The delightful Joanna Moore is having a show of her works from December 10th at The Town House, 5 Fournier Street E1, just around the corner from St. JOHN BREAD and WINE in Spitalfields. Joanna has sketched many of the buildings and traders and workers in the east of London and beyond including spending a night drawing the bakers a few months ago... more> 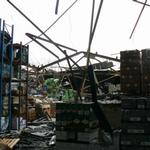 The site where all HG Wines stock was held You may have seen in the National press about the collapse of London City Bond’s Purfleet warehouse. Sadly it is where all our stock was held so we have a bit of a nightmare to sort… We are still unsure as to what stocks may have been recovered but at the moment it looks like we have lots of... more> 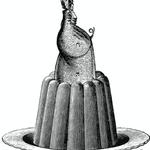 St. JOHN and St. JOHN BREAD and WINE will both close following supper service on Thursday December 23rd 2010. Our bakery on Druid Street will open to the public on Saturday the 18th of December and also for a one-off Christmas market on the 23rd (more details on this to follow soon) Both restaurants will re-open for lunch service on Tuesday 4th... more> 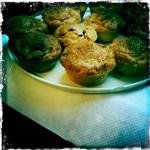 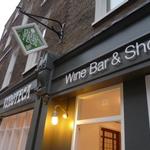 Our friends Brett and Charlie have opened their second Vinoteca, a welcome respite tucked behind Oxford street and Edgware road in Seymour place. Their same enthusiasm for wine, an open kitchen, plenty of good value wines by the glass and even prosecco on tap... go to: http://vinotecalond... more> 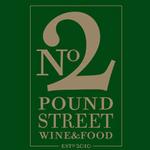 Neil has now opened his food wine shop “no. 2 pound street” in Wendover and all seems to be going well in the shires, you’ll even find some of those wines we sourced together during his years here, go visit we say. http://www.2poundstreet.com/... more> 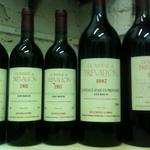 To kick off the festive period we have bought a small parcel of Eloi Durrbach’s Cabernet Syrah in an array of great back vintages available in either bottle or magnum. They are on the list at St John st in the restaurant from today. There is 1991,1992 and 1993 in bottle, listing at £80 each with 1987 and 1994 in magnum at £175... more> 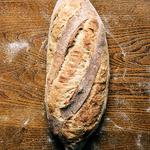 We're nothing less than thrilled to announce that our new bakery has opened in Arch 72 Druid Street, SE1 2DU. We have moved our baking operation out of BREAD and WINE in order to be able to supply more of our restaurant and food shop friends as well as passing customers that want a good loaf to take home. The arch is open every Saturday from 9.00... more> 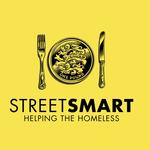 Today sees the start of this years Street Smart campaign at both St. JOHN and St. JOHN BREAD and WINE. A voluntary £1 donation will be added to diners bills in both restaurants will all proceeds going to aid the homeless in London and other major cities. If you do not wish to participate or if you wish to make a further donation, do let out... more> 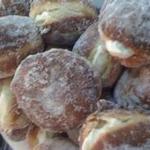 As part of this summers London Festival of Architecture, the Bartholomew Fair will be recreated again around West Smithfield on Saturday 19th June 2010. From 2.00 pm there'll stalls, designers, exhibits and we'll be there selling bread, doughnuts and our mighty Ox Heart Buns. For more information on the LFA 2010... more> 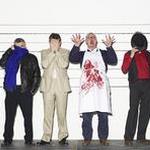 Fergus will be answering questions posted on The Guardian's Word of Mouth Blog tomorrow from noon. You can post a question now by following this link to the blog site. We've only got an hour window on Thursday but he'll do his best to answer your questions.   ... more> 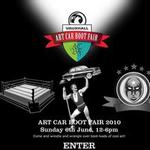 We'll once more be opening up our bread van doors for the 2010 Art Car Boot Fair on Sunday 6th June. Come along from midday where, for a small fee, you can gain entry to an afternoon of wrestling based fun, bargain art from Sir Peter Blake and Gavin Turk and dozens more. We'll be there selling sour doughs, doughnuts and our ox heart bun. If you... more> 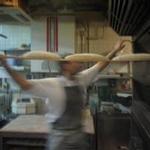 The Spitalfields Life blog is a rather delightful source of what goes on in the E1 neighbourhood. The "gentle author" has written before about Bread and Wine and recently he spent a night working with Justin and Luka as the chefs move out at midnight and the bakers move in to start the work of baking our loaves.... more> 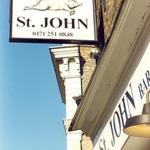 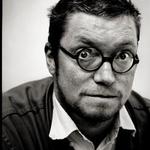 En route to Sydney, Fergus and Trevor will be stopping off in Singapore for a few days and you can join them for a St. JOHN masterclass at the 25 Degrees Celsius restaurant and food lovers shop. Fergus will be imparting pearls of Nose to Tail wisdom, Trevor will talk wine and all will eat some St. JOHN classics on the evening of Friday 26th... more>