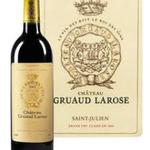 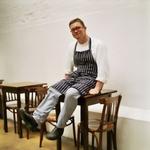 Fergus Henderson, having returned from successful trips to Australia and the United States is settling down to a week in the kitchen at St. John Bread and Wine Spitalfields this week.  Fergus will be cooking during lunch service between Tuesday and Friday and reservations for lunch can be made through reservations on 020 7251 0848 or... more> 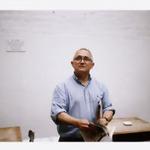 Trevor Gulliver (right) of St. John and HGWines is running in this years New York City Marathon on November 5th. A seasoned marathon runner, Trevor hopes to raise funds for two of St. John's favourite causes - Action Against Hunger and Street Smart - and so if you would like to donate a little more to either or both do send a cheque payable to St.... more> 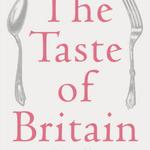 Available through our book pages is this new tome which includes a contribution from our own Fergus Henderson on indigenous produce and celebrating seasonality. Hugh Fearnley Whittingstall, who has written the introduction to the book offers an explanation: "THE TASTE OF BRITAIN is a map, an investigative tool that will enable you to leave behind... more> 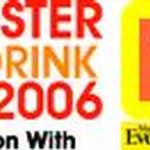 Fergus Henderson will be appearing at the 2006 Festival in Manchester Friday 6th October around lunchtime in the main square to demonstrate a dish or two and answer questions. If you'd like to attend visit http://www.foodanddrinkfestival.com/ for more information on this and all the foodie events taking place.... more> 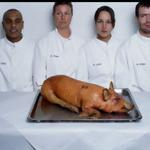 Festive feasting menus for both St. John and St. John Bread and Wine are now up on both websites and our reservations desk is taking function bookings for Christmas for those booking ahead. ... more> 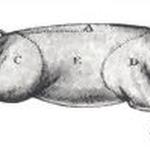 London has topped the list of cities in the UK for dining out in The Which? Restaurant Guide 2007 and St. John is delighted to be included in their list of those establisments singled out for particular praise.... more> 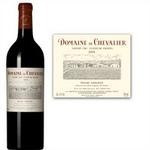 We recently attended a tasting of the 2004 Bordeaux vintage in London. This annual event is greatly anticipated by the UK wine trade as it is usually the first time that the vintage next to be released will have been tasted in this country. It’s kind of like the half time analysis in football. The wine trade can... more> 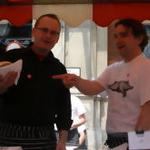 This Friday (September 22nd 2006) sees the first weekly farmer's market in Exmouth Market, a hop, skip and a long jump from St. John Smithfield. St. John will have a weekly stall on Saturday mornings only from October 14th selling bread and other treats from St. John and St. John Bread and Wine. The market is open from 11.00 am to 6.00 pm on... more> 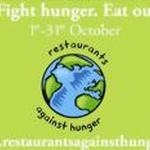 This years restaurant campaign in aid of Action Against Hunger begins on October 1st 2006. Many restaurants throught the United Kingdom will be running special events in order to raise money for the charity including St. John Smithfield. As part of our dessert menu throughout October, a special Action Against Hunger Pudding will be on... more> 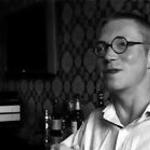 Christian Banfields film, shot in New York in Summer 2005 is still available to view online and continues to pick up plaudits from festival screenings. If you've yet to watch the film, featuring extensive interviews with Fergus Henderson, then click here to be whisked over to Schmick TV.... more>

Autumn Rolls around and the 2006 menus for larger groups dining at St. John are now available on our menu pages. Menus from St. John Bread and Wine will follow suit in a few weeks.... more>

An unusual pairing for our news pages but if you want to find out who came out on top when Fergus Henderson had to spend the day doing only what his son, Hector, wanted to do, then click here to be taken to Guardian Unlimited for the whole extraordinary bout.... more> 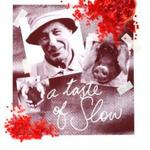 Part of the Melbourne Food Festival in August/September 2006, A Taste of Slow is the largest Slow Food based event in the Australian food calendar. As part of this years events, Fergus Henderson and Trevor Gulliver will be appearing over three dates details of which follow: Friday 1st September 2006 Bledi-Slow of Wine Dinner -... more> 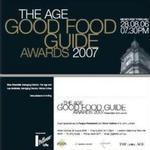 Further to Fergus and Trevor's appearances at the Slow Food Festival later this summer, we are thrilled that both have been asked to present awards and make the keynote speech at the 2007 The Age Good Food Guide awards. Although not an event open to the public, the awards sponsors - Australia's The Age newspaper are running a piece on Fergus... more>