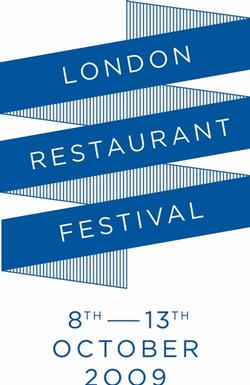 Fay Maschler is behind the celebration of food, wine and dining in the capital which runs between the 8th and 13th October 2009 and Fergus Henderson will be one of a group of London's best chefs taking part.

What promises to be London's biggest ever Sunday roast will take place on October 11th in Leadenhall Market with Fergus, Mark Hix (Hix Oyster and Chop House) and John Torode (Smiths of Smithfield), Anna Hansen (Modern Pantry) and Rowley Leigh (Le Cafe Anglais) among others preparing and roasting all manner of beasts and fowl for the table.

Tickets for The Big Roast are on sale now from the festival website, you can also follow the festival blog with insider updates on other events from here.