Fergus Henderson and Trevor Gulliver opened St. JOHN in October 1994. The former smokehouse, situated around the corner from London's Smithfield Market had fallen into serious disrepair since ham and bacon smoking ceased in 1967.

The Georgian building had been part townhouse, part smokehouse (this part having been built later over the townhouse garden) and following its abandonment had been used variously and in no particular order as squats, a greenhouse for harvesting bean sprouts, a Chinese beer store and the occasional rave.

The upper floors of the building, now our administration, managerial and directors' offices had been the headquarters of Marxism Today during the late 1960s.

If you visit St. John you'll find the building pretty much as it was found. We've painted the walls white, installed a bar and a bakery in two of the chimneys, a kitchen and a dining room in the former packing rooms and a private room in the former loading bay and topped the bar with 20-foot high skylights. 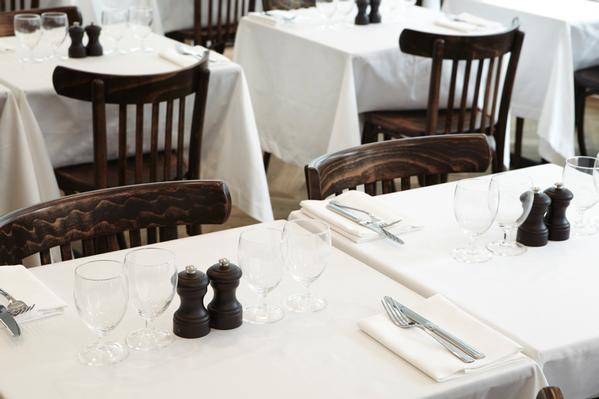